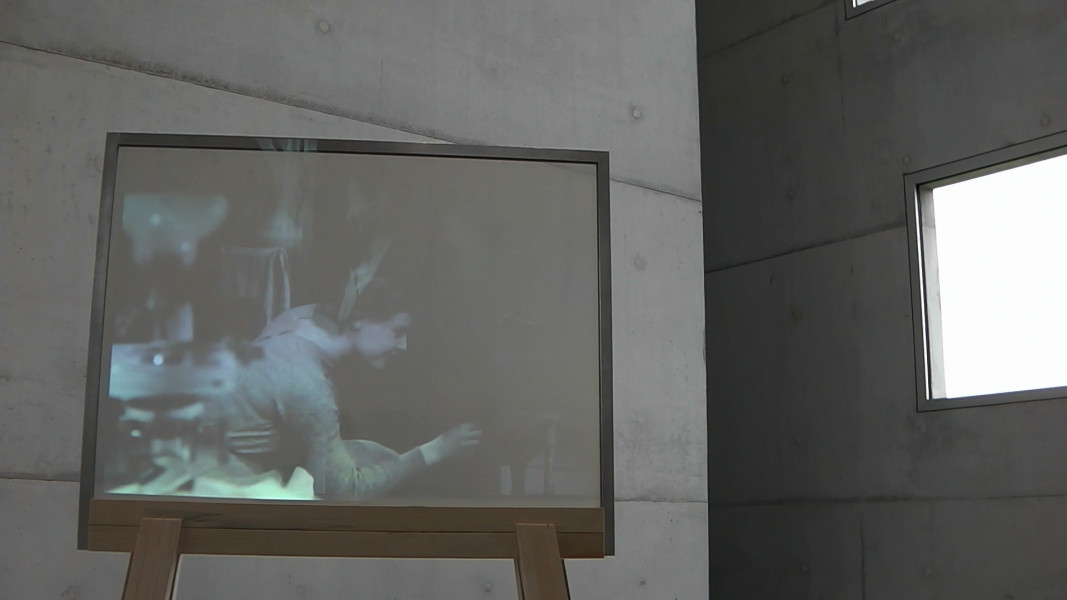 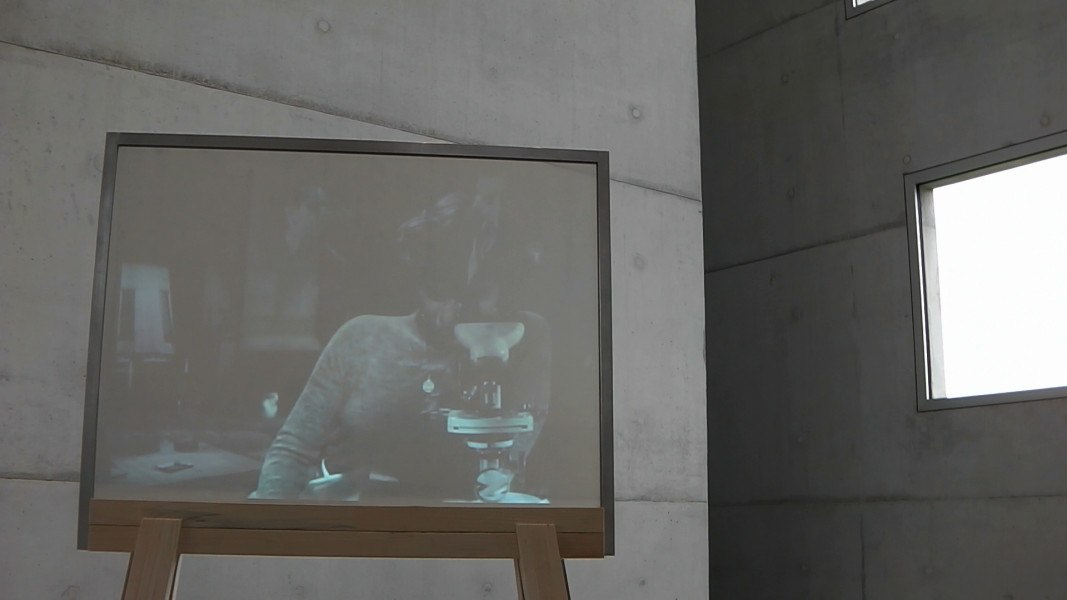 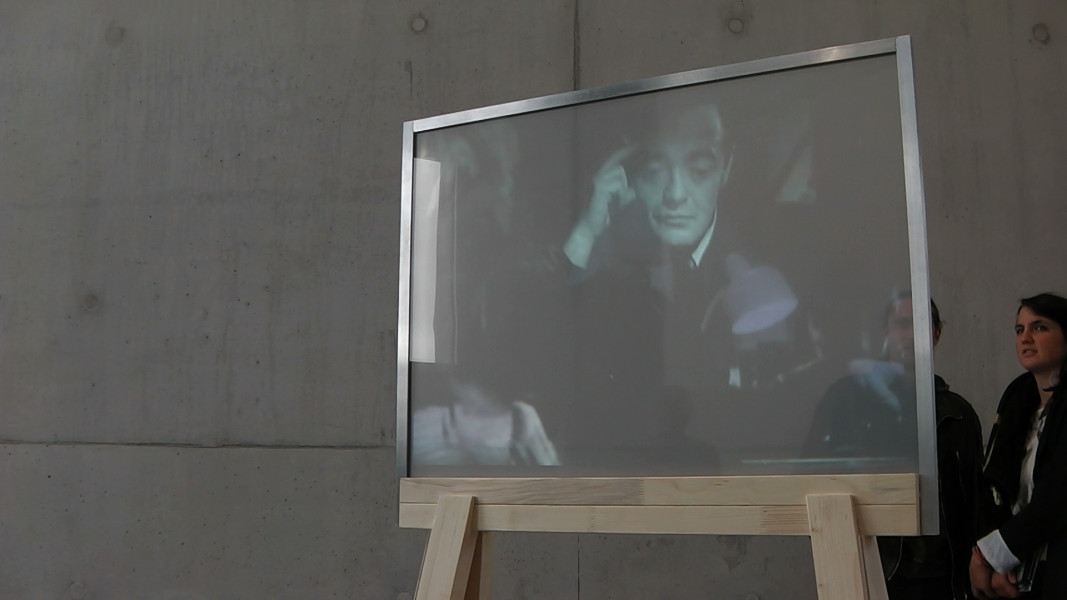 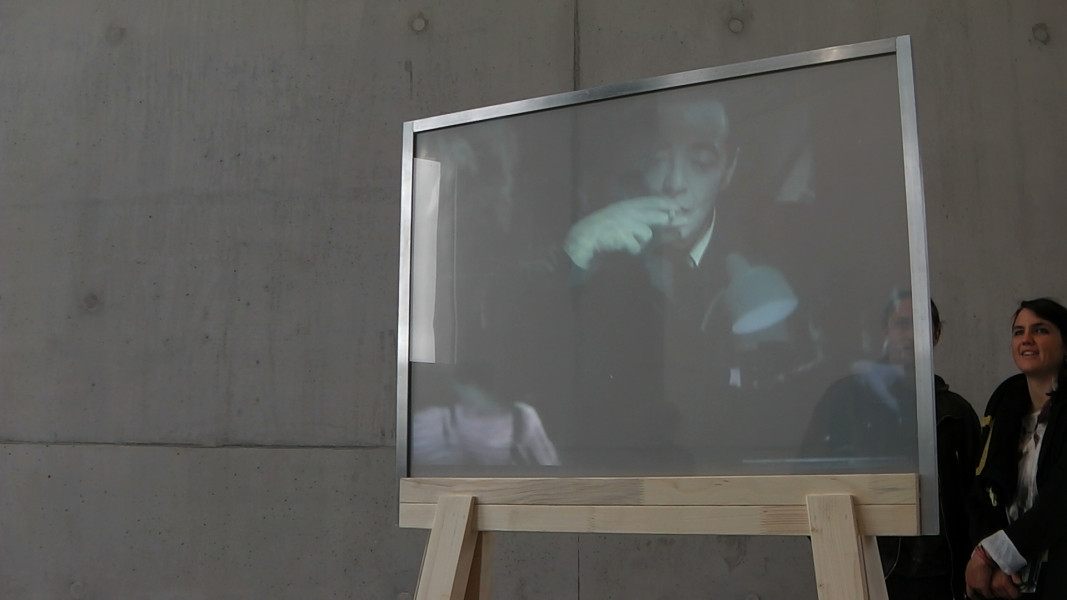 SMOKE is a video installation referring to the movie Der Verlorene by Peter Lorre and its engaging of the symbolic potential of smoke and the action of smoking in relation to guilt and murder. As far as the movie is representing Germany during and shortly after the fall of the 3rd Reich, there are a lot of smoking characters and smoke events.

For the installation the presence or absence of smoke were used as a material »extracted « at the level of the singular movie-frame; all the frames of the movie were analizied and indexed into two separated movies: a movie of smoking and an other without smoke at all. Discretization is herewith presented as an experimental sublimation process. The two movies are projected both sides on the same transparent screen.