Underlining the esthetical aspects of cognition as something you can stage and perform, this performance plot refers to the metaphors of computation, counting and measurement. Gestures are presented as cognitive units and performative plots as experimental measurement units of spaces or situations.

The performance is based on audience‘s participation. A minimum audience of 20 participants is recommended. The performance plot is called dummy variables and will run for approx. 15 min. Mainly it is about performing identities by computing.

Department of New Media Art of China Academy of Art in Hang Zhou, 2009 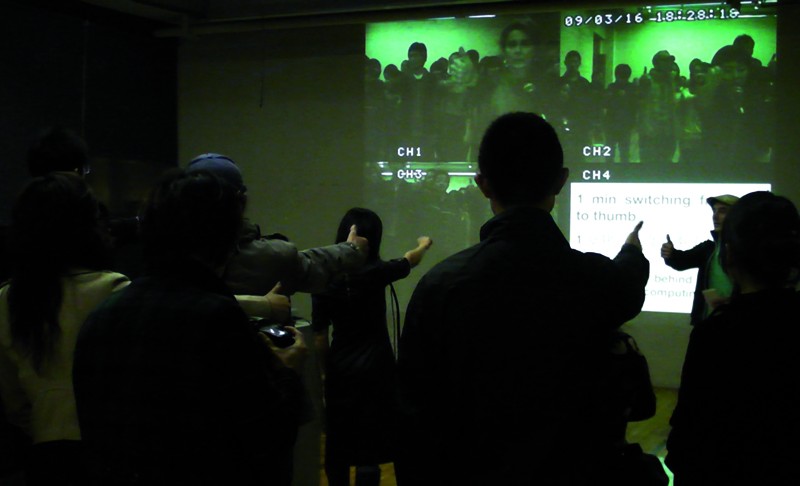 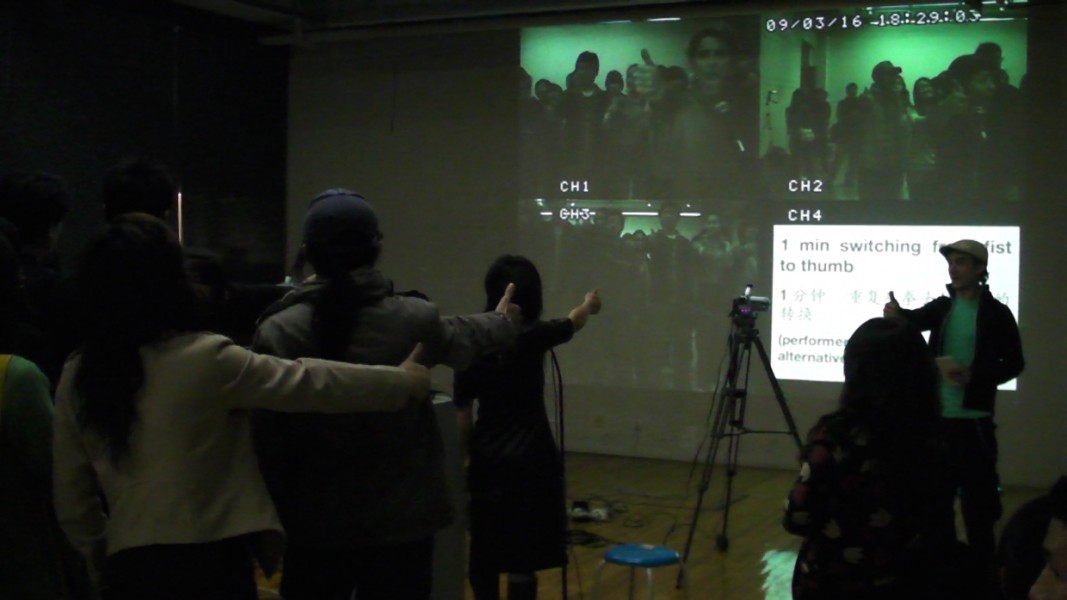 A dummy variable is a variable that takes on the values 1 and 0; 1 means something is true (such as age < 25, sex is male, or in the category “very much”). Use of dummy variables usually increases model fit (coefficient of determination), but at a cost of fewer degrees of freedom and loss of generality of the model. Too many dummy variables result in a model that does not provide any general conclusions.

The plot structure is given by sequential exercises. The exercises are based both on abstraction and coordination (between pieces of the body & language driven activities). The main language of the performance is English. In non-English speaking or non-European countries the plot is supposed to be bilingual.

dummy variables is directed by the plot designer supported by her staff (2 or 3 persons): supporters are covering different functions, like the translation into the host language, the check of the running time, the counting of ones.
Performers and audience participants are acting infront of a split-screen projection where they can follow themselves on video and the actual plot definition as a text. All the video streamings are supposed to be recorded; the survey data of each session can be recovered from the corresponding videofootage.

dummy variables was performed on May 30th 2008 at KHM Academy of Media Arts in Cologne, August 3rd 2008 at Huan Tie First Line Art District in Beijing , March 16th 2009 at the Department of New Media Art of China Academy of Art in Hang Zhou, April 22nd 2009 for Mühlenkampf & art cologne at Domplatte Cologne, October 12th and 14th 2017 at Diskurs festival for performing arts Gießen.