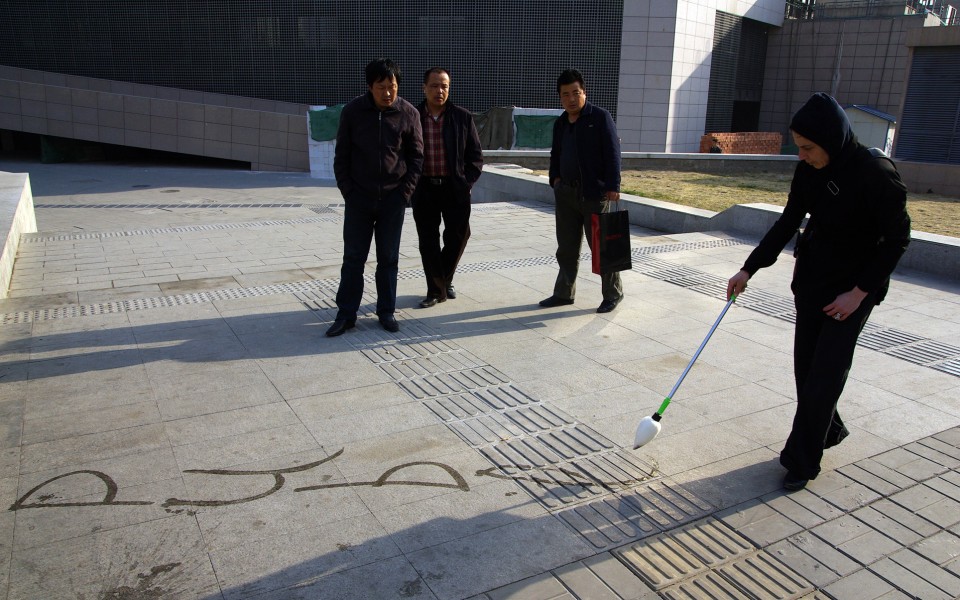 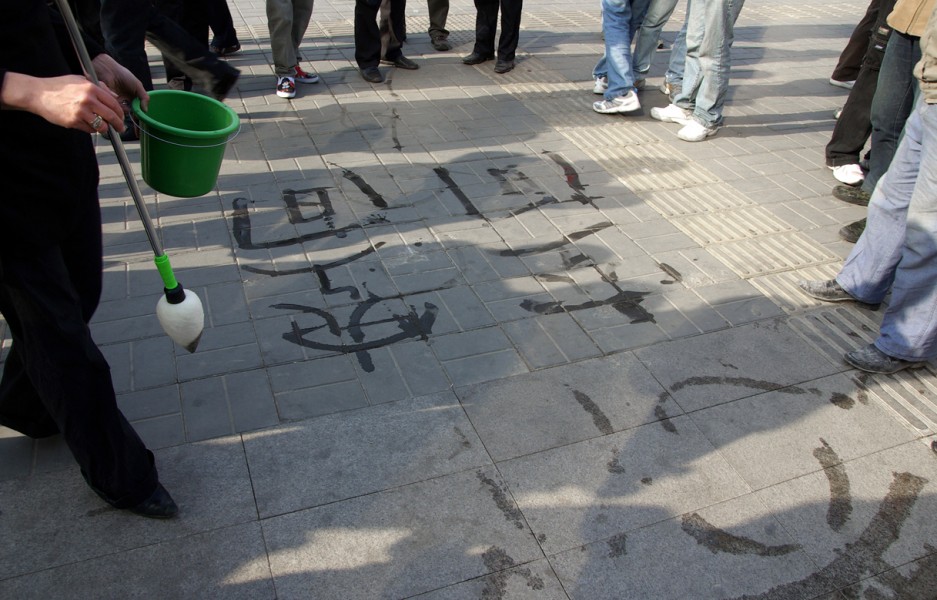 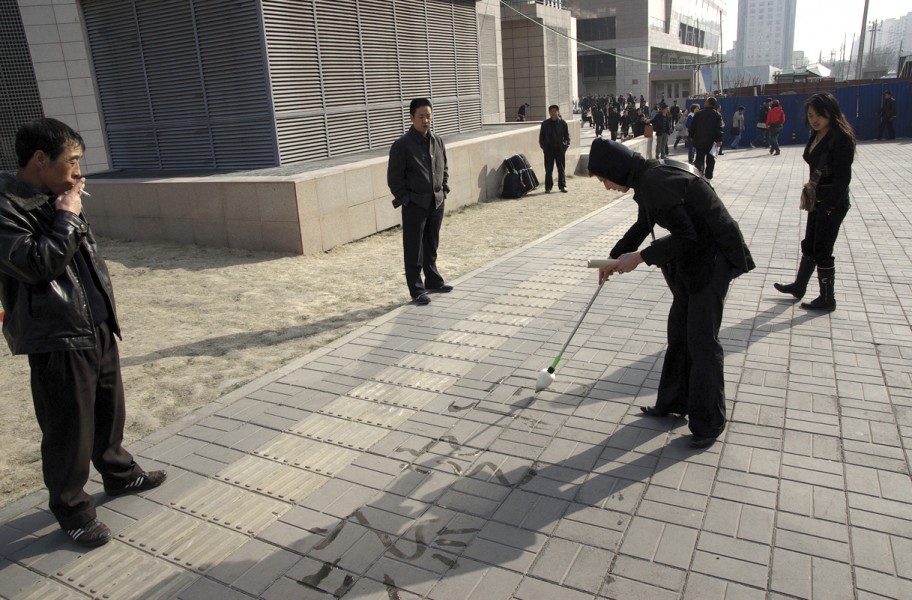 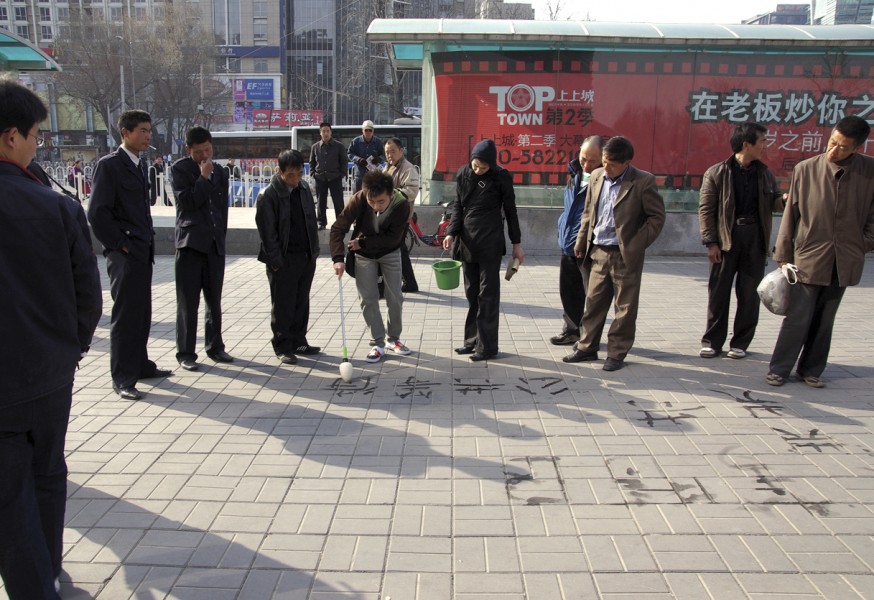 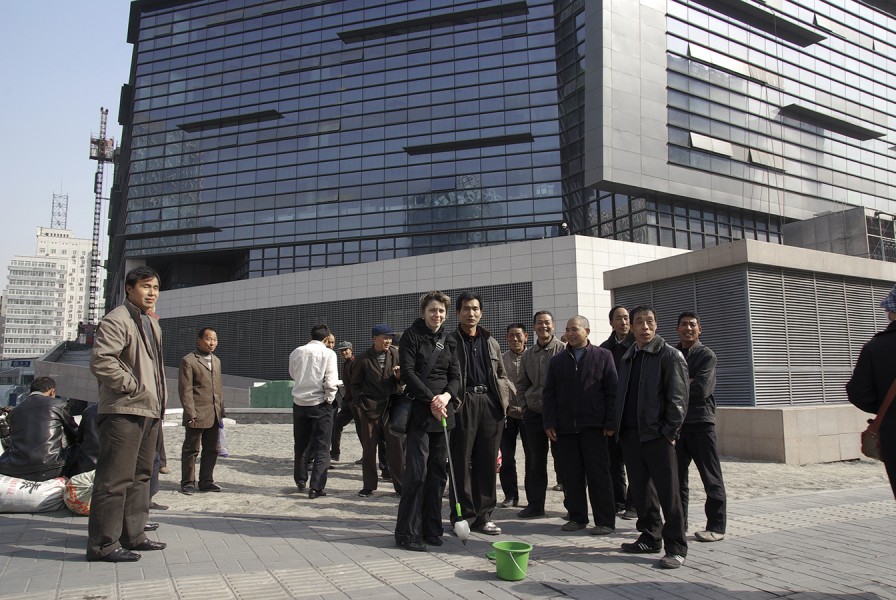 After observing for 3 weeks the site of the Dong Zhi Men complex in Beijing—combining bus station, underground, building site, mall..—I designed a street action marking around Dong Zhi Men an emerging public space made of smoking, mobile phoning and waiting. I referred to the traditional practice of calligraphy on public ground: I started the action with the English line "public communication belt"; got then teachers translating for me few exercise texts into Chinese, writing for me, evaluating and amending my executions. 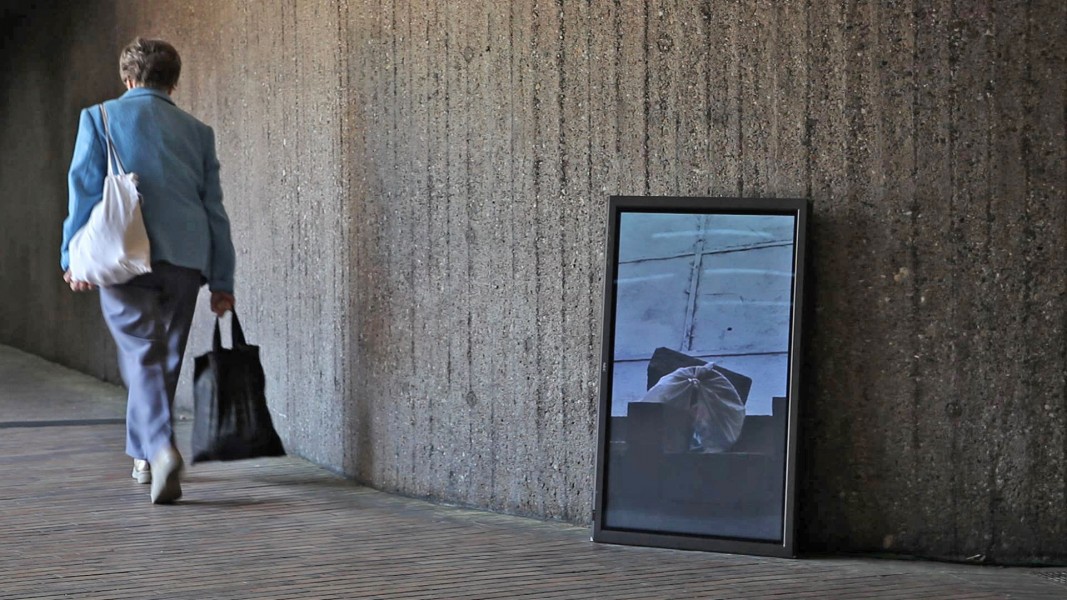 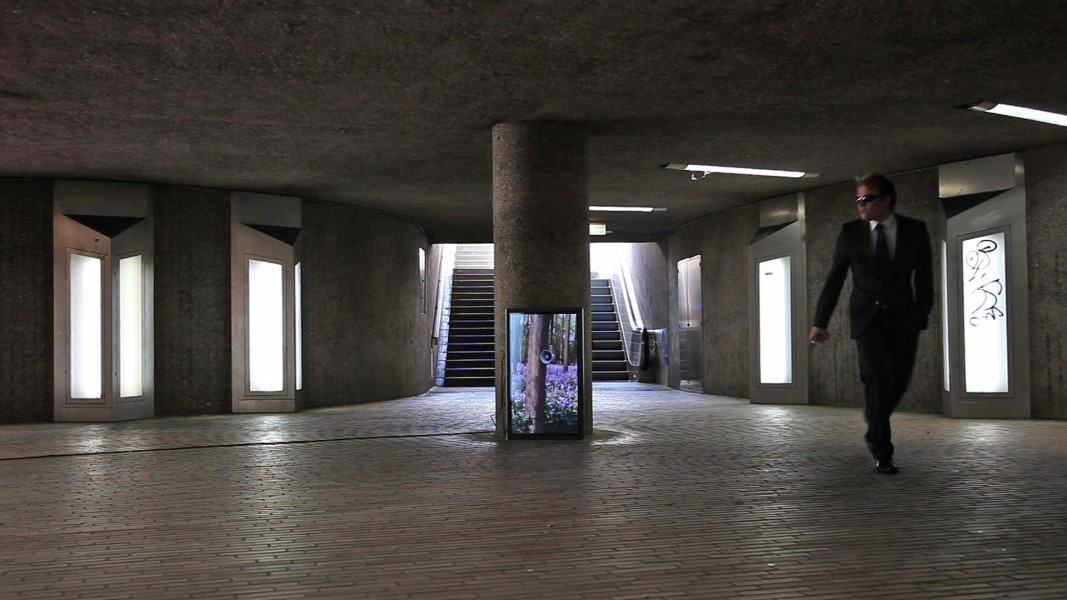 states of the documents (public bulletin) 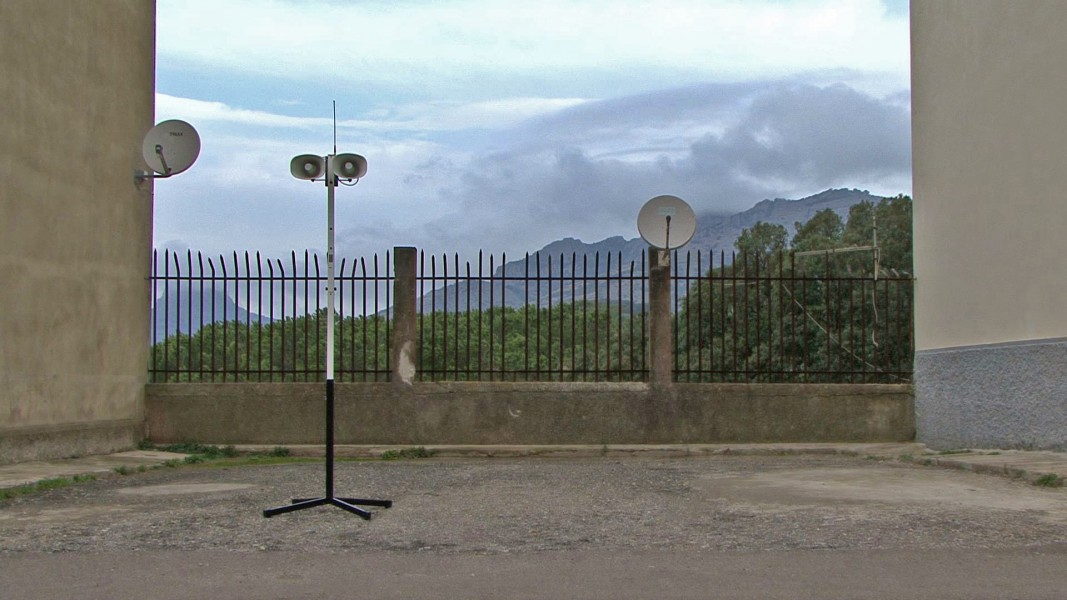 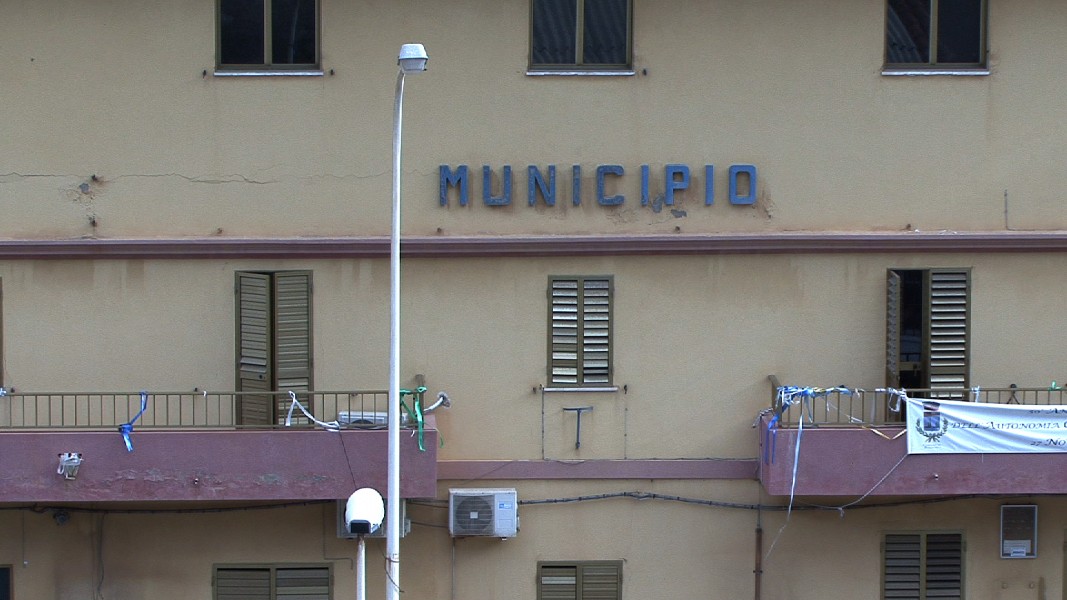 states of documents refers to documents found in an abandoned building of the Sardinian mining plant San Giovanni Iglesias: in particular some reports of accidents compiled by the company medical officer, and an official communication published 1977 by the Italian national institute for social security, concerning the rules of retirement for mining workers.
Excerpts from these documents were read and recorded on their find spot. These fragments of past realities, the names of the workers, the situations they were involved in, the implicit hard facts behind the rules of early retirement or pension after death, e.g., were played-back or re-read on two different locations: the almost abandoned miners village of Montevecchio, and the community of Buggerru, a former miners foundation, where the text is read by a municipal employee in charge for official public announcements, and amplified through the municipal PA system. 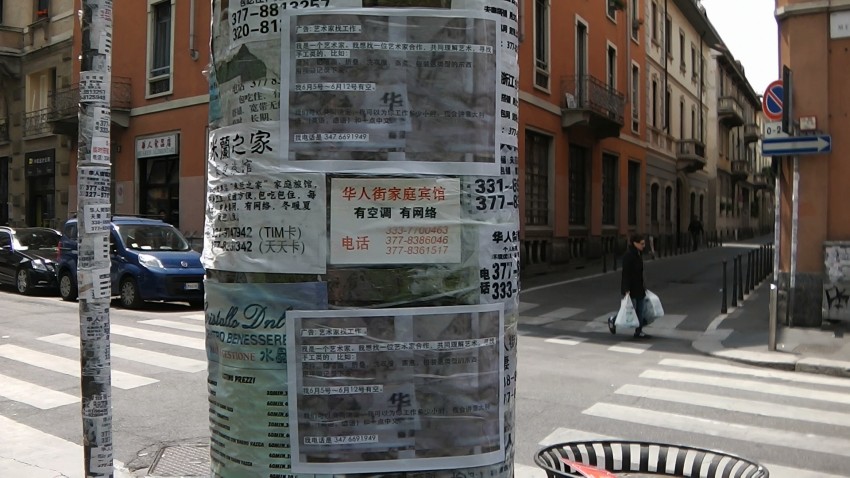 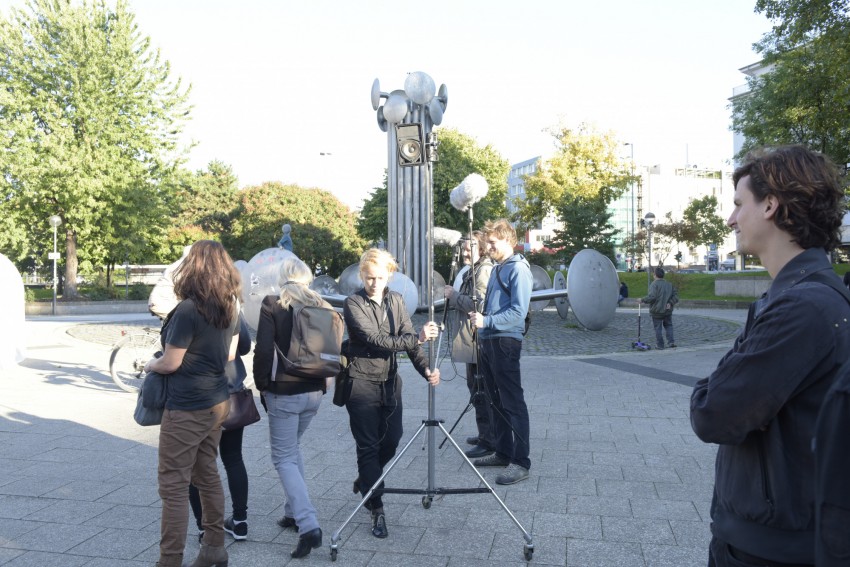