Studies of the Korean Fold 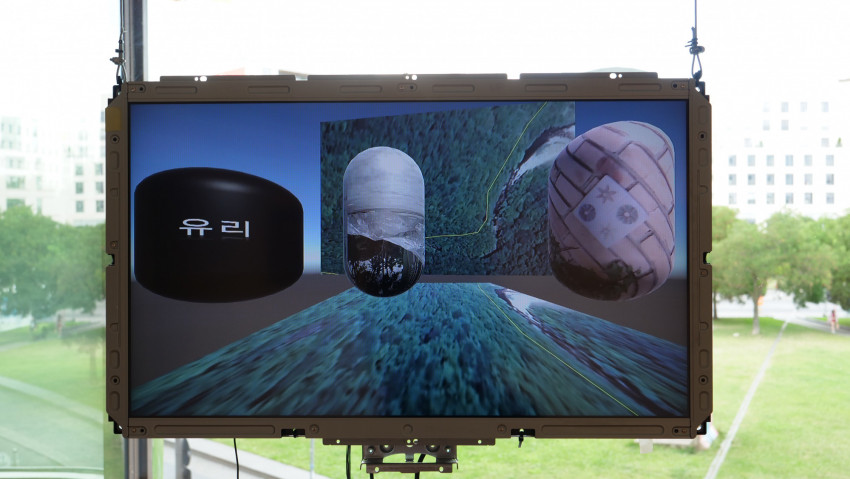 Studies of the Korean Fold includes an audio setup and a video essay consisting of four chapters. The studies propose to view the Korean border as a visual and acoustic landscape that can be folded and unfolded, variably scaled, transferred and projected.

Bogotá is a town with evident both horizontal and vertical grids of safety.
The idea of a vertical sensitivity of the city and the intent to scan spaces and architectures by video are the origin of this work.
The video sequences of Camera telescópica con ruedas have been produced moving the camera on wheels: the offensive action of introducing an object of a variable height of 2-5 meters into the urban daily routine is of course part of the picture.
Produced with the support of Residencias Artisticas Universidad Nacional de Colombia. 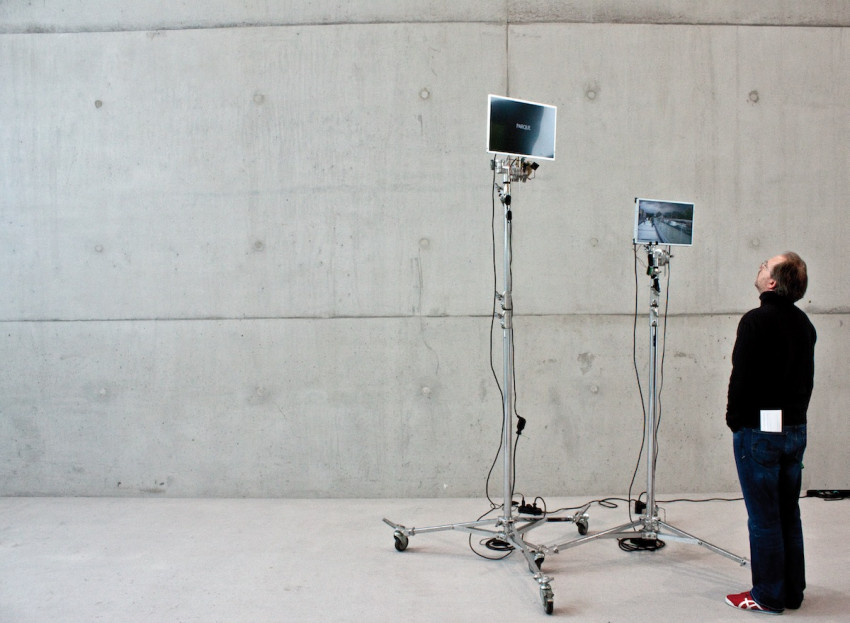 studies on action and re-direction 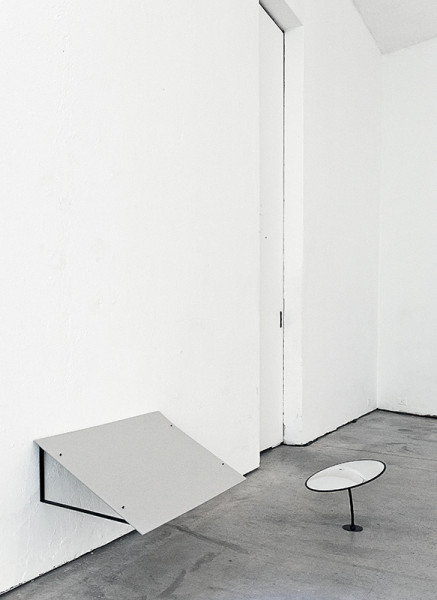 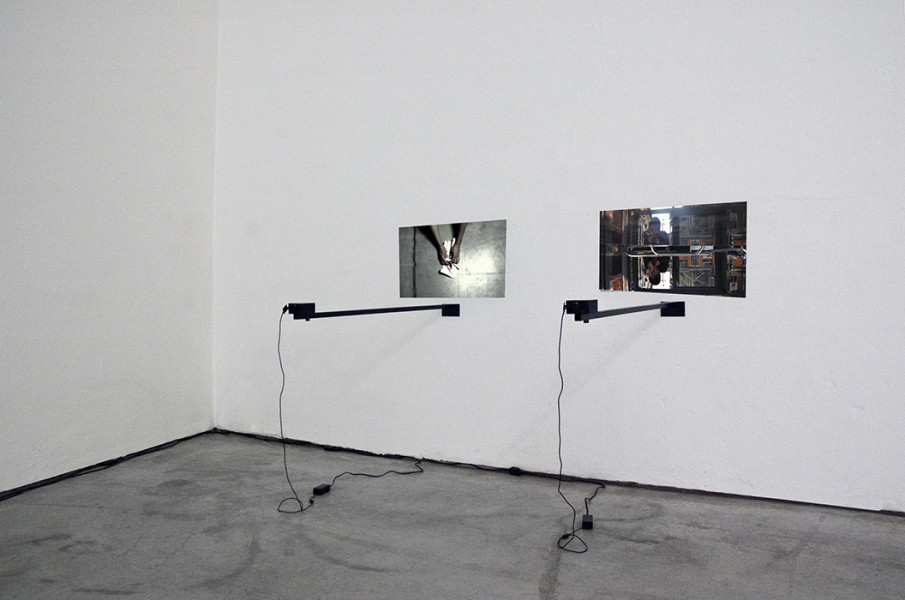 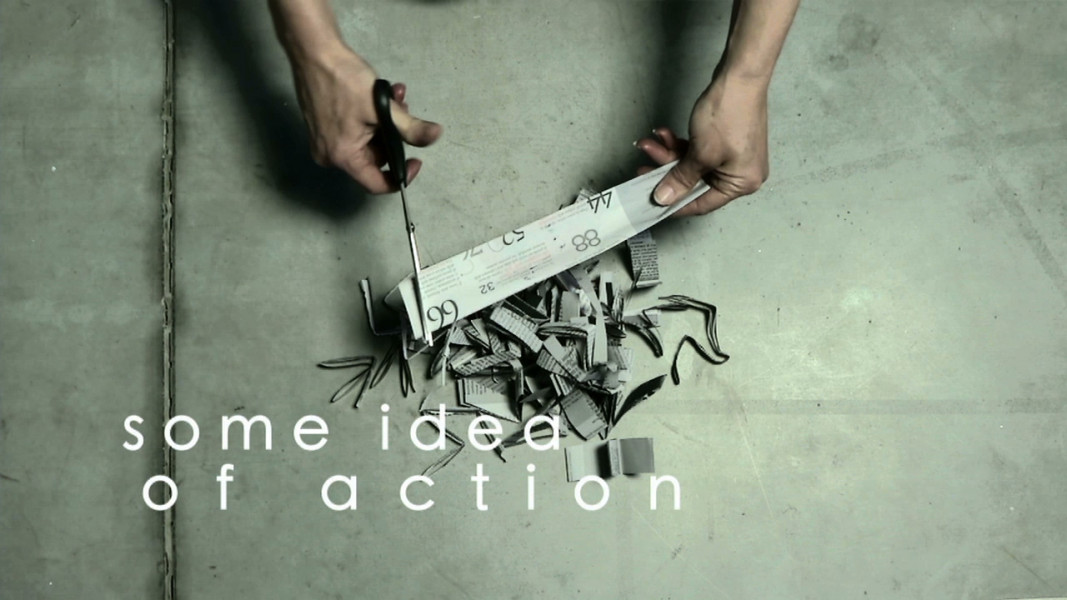 studies on action and re-direction is a combination of items produced in Milan during a stay at VIR Viafarini-In-Residence.
Elements of research have been → images observed as section-made and presented as objects much more than »flatware« for screens or walls; → images of working processes or manual actions; → collaborative attitudes based on the negotiation by the use of acquired formats and languages.

The installation includes elements of evidence of a research period dedicated to the so called Chinatown in Milan (via Paolo Sarpi). There have been multiple spots of interest, at least 2 different focuses: → the expectation of some collaborative action; → the formal interest for video-images―framed and recorded following some kind of »ethnographic norms«―as complex objects which can be observed and presented in a strongly structured, »architectural« way.

Observation camera (監控攝像頭)
Collection of video-images with a strong horizontal structure recorded in public or semi-public (urban) space–images whose structure is produced by tables or planes. Trial to access to the same kind of images in »protected« spaces, like working places.

Guanggao (廣告)
Addressing a call for collaboration (in oder to produce new images including working processes on tables) to Chinese workers in Milan. Publishing an announcement in the same way Chinese citizens are used to do it.

Menu (菜單)
A Leporello folder produced with the collaboration of a local Chinese typography. 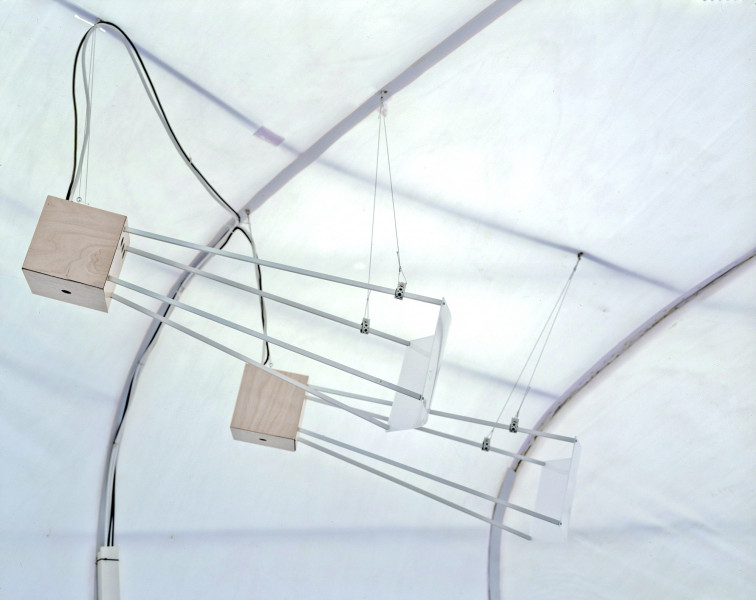 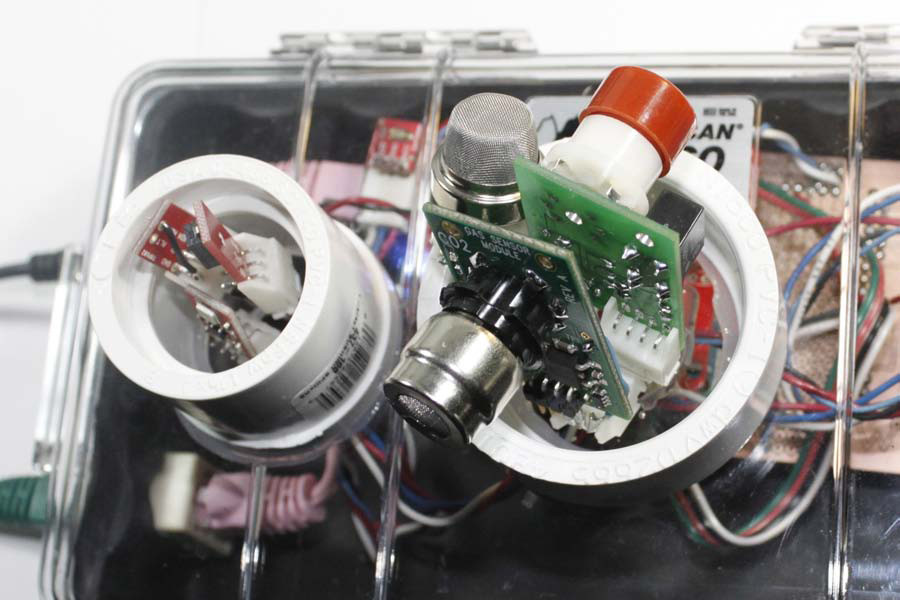 The monitored variables (CO2, CO, NO2, LUX, temp C, tVOC, dB noise) have been processed in real time by a Factor Analysis. The data have been collected in Beijing over the exhibition time, and are visualized in real time as a mask uncovering pixels of recorded videoframes: one channel is a real time puntual visualization of all the variables‘ values, the other one is respresenting a day history of the factors identified behind the variables‘ values development.