Leibtische are named after Vilém Flusser's idea of a Leibkarte or skin-map. A first prototype of a Leibtisch was developed at Museo del Crudo in San Sperate in 2012. The original idea was to transform the institutional function of spatial separation which tables under some conditions have to play—just think of the desk in a lobby e.g.—and change it into the attitude of a relational object, custom-made and wearable.
Leibtische were then produced as a pair with same measures in order to be used as instruments for a space-related composition. A first public performance took place for Raummusik und so – Trash/dilemmata on December 9th 2012 at Kunstwerk, Cologne.

Leibtische are made of MDF (medium density fiberboard), stable but light enough to be carried and moved around. Each site of the table is monitored by an ultra-sonic sensor with a sensitivity range of 10 cm to 360 cm. The sensors are battery supplied; their output is connected to a PA system. 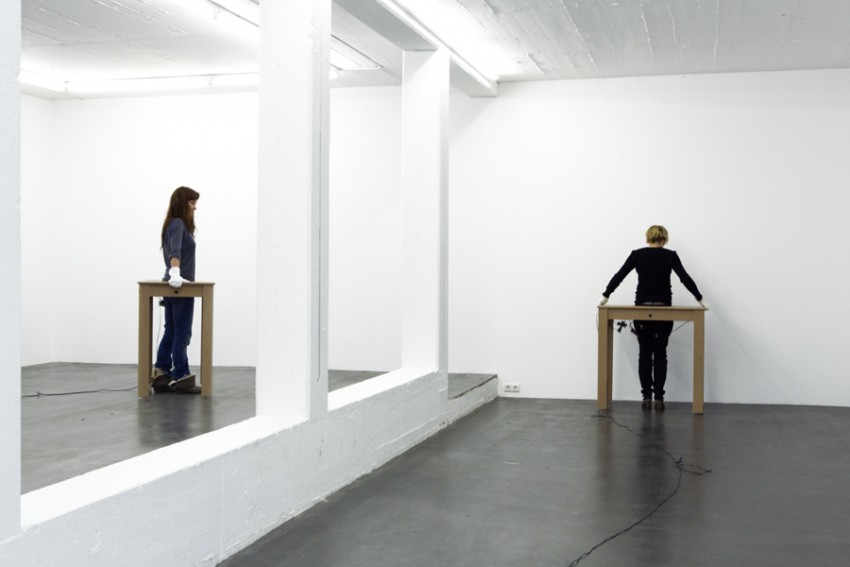